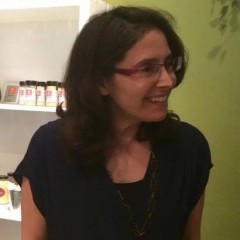 Professor of Psychology
University of Minnesota

Traci grew up in Highland Park, Illinois, and went to college at the University of Virginia, which she loved so much that she decided to stay in college forever. She thought she would become a mathematician or engineer, but she abandoned those plans after taking her first psychology course (Intro to Cognition), and went on to attain her Ph.D. in psychology from Stanford University in 1995. A week later she married Steve Engel, and they moved to Los Angeles. Traci did a two-year postdoc in UCLA’s NIMH HIV Prevention Training Program, then was a professor at UCLA for nine years, during which time she had a son, got tenure, and had another son. The whole family moved to Minneapolis in 2007 so that Traci and Steve could join the Psychology Department at the University of Minnesota and the aforementioned sons could grow up to wear sweatshirts on days that are ten-below zero.

Traci does not run a diet clinic or test diets, and she has never taken a penny from commercial diet companies or food companies, sat on their boards of directors, or endorsed one of their products. Because of this, her livelihood, research funding, and reputation are not dependent on her reporting that diets work (or don’t) or that obesity is (or isn’t) unhealthy. This sets her apart from most diet and obesity researchers and allows her to speak the truth about these topics, which she does with abandon.